Often I have delighted in the observation I heard years ago from a quirky, Coke-bottle-bottoms-for-lenses Rabbi to the effect that there are two ways to get down a river – either you know where to go or where not to go. 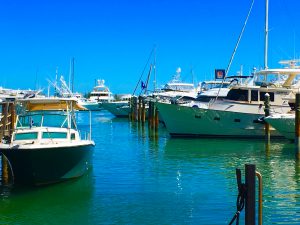 This binary philosophy was echoed in dryer, less poetic terms later in life by one of my university professors who succinctly opined that the world is divided into ashtrays and non-ashtrays. Key West is a bit like that; namely it is not Boca Raton. Nor for that matter does it have the pristine (or some might say sterilized) veneer of Hilton Head Island. The rugged sidewalks in Key West for example betray years of use and neglect, ravaged by tropical storms, sizzling heat and raucous nights. Everywhere is evidence of the contaminating imprint of humanity and the elements of time, nature and leisure. This image is reflected in the equally abused appearance of many of the local inhabitants and seasonal visitors. Vide Jimmy Buffet’s song about wasting away in Margaritaville. This town was once home to two groups of people reputed for their hard and adventurous living – naval officers and air pilots.  The Navy still sports a presence on the Island. Pan Am was founded in Key West and acquired its reputation as an international airport because its first flight was to Cuba 90 miles away.  Years ago I dined at a restaurant called Pigeon House which was formerly Pan Am’s head office from which they would send homing pigeons to Miami Beach with reports of the current local weather conditions in Key West. 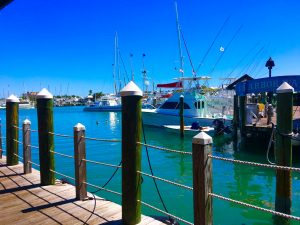 This charm of Key West is obvious in its historic buildings, relics and ruins not the least of which is its local cemetery sporting such sardonic headstone inscrtiptions as “I told you I was sick” and “Now she’ll know where I am at night”. The overall feel of this outpost is one of moderate decay and anachronism. Amusingly cocks and hens flourish throughout the Island (including in the gardens of the Waldorf Astoria Hotel). Dilapidated piers add to the quaintness. 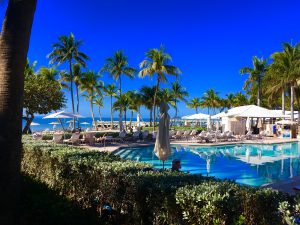 Yet the place amply redeems itself by being invitingly languid. No doubt the intense heat lubricates the unrepentant decline into inertness. 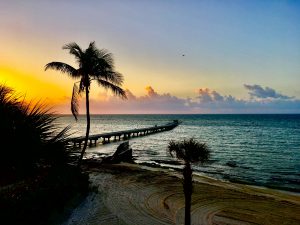 Besides there is so much to ponder and stare at in one’s moments of idleness – diving pelicans, fishing boats, fishermen on the piers, swimmers hurling themselves in somersaults from the piers and the usual distracting parade of tourists and drunks. If you’re lucky you may catch site of people wearing stunning and luminous Mardi Gras costumes and Sunday apparel. 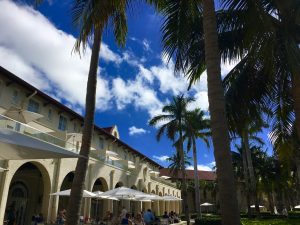 At night the party atmosphere burgeons in a crescendo to a feverish pitch as revellers gather together in loud and densely crammed bars and cabarets on Duval Street. The sight of the arrival or departure of a magnificent cruise ship inspires awe and curiosity. This relatively new tradition has contributed to the spectacular development of Mallory Square which thirty years ago was a rundown wharf. 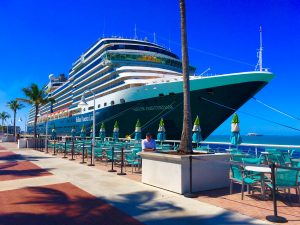 To this day visitors congregate here or on the Ocean view deck of the Pier House hotel to witness the evening sunset and to clap upon the precipitous disappearance of the shimmering  red ball below the distant horizon. 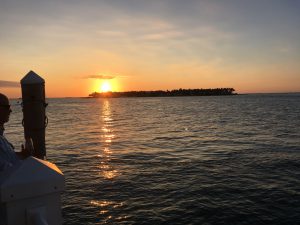 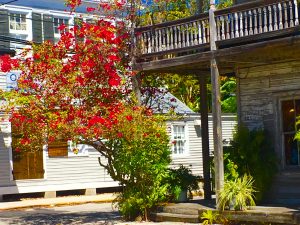 The tropical exuberance is complemented by the astonishing buoyancy of the highly salinated Ocean waters whose aquamarine and jade green colours reflect the soft white sand below. The jagged, rocky shore is a reminder that the Island is surrounded by a low lying coral reef whose perilously low depth is responsible for the many notorious shipwrecks and by extension the name “Cayo Hueso” – Key of Bones hence Key West derived from the Spanish pronunciation (and reminiscent of the French word “os” for bone). 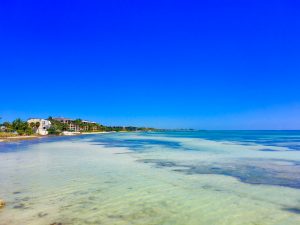 And the food here is terrific!  Lots of seafood as to be expected, great complementing cocktails and even better desserts! The Island is especially well known for its Conch Fritters, local Grouper or Yellowtail and Key Lime pie (sometimes ornamented with rich meringue). If you’re looking for a fine hand-rolled cigar for after dinner you’ll find it here along with endless bespoke smoking accessories. 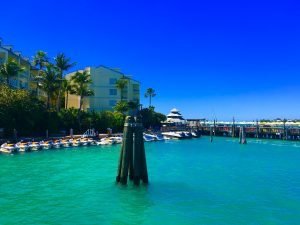 The trolley tours are the best and cheapest way to see the sites and to learn about the island’s history. Bicycling around the Island is an indisputable pleasure especially on the wide concrete pathways bordering the sea, affording spectacular views across expansive open water dotted with white sail boats and luxury yachts. 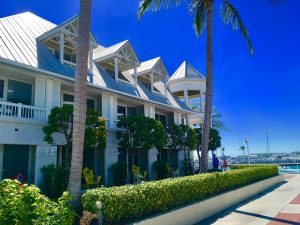