Hawley harshly criticized the decision, saying it “represents the end of the conservative legal movement.“

What more than anything gobsmacks me after yesterday’s storming of the Capitol building by Trump supporters is that it was based upon both factual and legal lies; viz., there was no voter suppression in the presidential election and there is no right of the vice-president to change the outcome. The interlopers had only moments earlier been prompted to do their dirty work by President Donald J. Trump who repeated both lies. The President’s henchmen Senators Ted Cruz and Josh Hawley – both lawyers – reiterated their own version of identical lies in the Senate. Nor did they change their tune even after the mob was forced out of the Senate and the Senators reconvened. 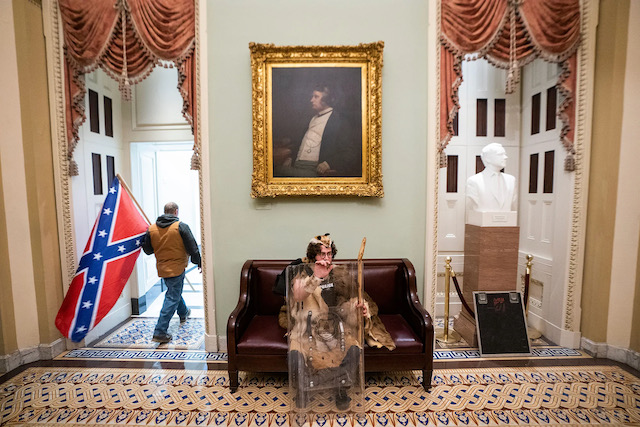 Considering the evident objective of the mob was to recapture what they call a stolen election, it is equally clear to me that they were enflamed to do so by Trump and his henchmen. But this doesn’t readily excuse the seeming lack of judgment by the mob. And even acknowledging the uniqueness of the mob, how were millions of Americans persuaded to vote for Trump? What has percolated upon deeper consideration is that both the mob and the other Trump voters had something to gain – just as did the politicians – by their willingness to accept the lies. This astonishingly trite observation arises for the reason that so little of the presidential election was devoted to policy and substance.  Listening to Trump speak at a rally is more about entertainment. Yet there were obviously unwritten theses, signals and innuendos.

Reluctant though I am to say it, the common denominator between the politicians and the mob  –  and between the factual and legal lies  – is the Republican Party.

The GOP is historically aligned with so-called conservatism. What seem to be the underlying imperatives of the GOP are – and in this order – white, privileged, racist and religious (or almost any Christian redoing thereof). The Republicans whom I know fit within this succinct sketch though understandably they are  at times reluctant to say so or they prefer to characterize themselves more charitably such as based on historical detail or custom.

The alternative GOP alliance of black, poor, all-inclusive and Muslim is not serious.

What however is more earnest is the GOP allegiance of white, indigent, disentitled and evangelical. I say this because Trump has the questionable support of evangelicals; and the demonstrable support of predominantly white, disaffected and uneducated people.

The common denominator of alliance within the GOP is the undying devotion to power and superiority. The belief in lies is not just a convenience. It is a religion of its own. It is a manner of elevating a lie to a plane of legitimacy. This however is circuitous logic. Just as the politicians misstated the facts and then blamed the mob, so too the believers are trained to imagine their conservatism is divinely or otherwise entitled. Thus both the politicians and their supporters are on the same page even if for different purposes.

“The Trump era is, in some respects, a long chain of Faustian bargains between various prominent conservatives and the soon-to-be-former president. They embraced an incompetent authoritarian in exchange for Supreme Court seats, a Senate majority, tax cuts, regulatory rollbacks, and raw political influence. Now Josh Hawley is cutting a deal with the devil—except this time, the devil may be the one who knocks him out of the running in 2024.”

If you accept that people in need are instinctively inclined to do what they can to satisfy it then the appetite for control and entitlement is perfectly digestible.  The irritation of this otherwise natural posture is that it often excludes any conduct of others which gets in the way of the primary ambition by the primary proponents. It can quickly disintegrate to competition and outright battle with those who do not harbour the same lies or religion.

Setting aside namby-pamby liberalism I have always maintained the greater advantages (commercial, artistic, inventive, existential) arising from cooperation with others. The one fact and the one law that is universally true is that all people are alike. This doesn’t mean we have anything to lose by our accommodation. It isn’t a prescription for Marxism. It isn’t a challenge to your beliefs.  But it is an accommodation, no different from driving on the right-hand side of the road. If however people persist to retail lies and to impose their beliefs on others there is bound to be discontent. 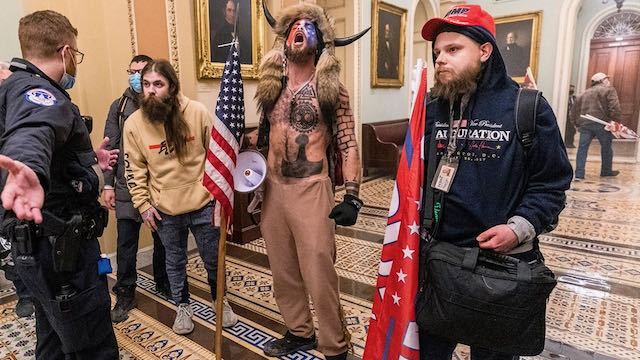