Every day now is pretty much the same.  Which is not to say it is a bad thing, just inordinately repetitive. No doubt I suffered a version of the same dilemma when I was younger and tied to a school desk or an office chair. The conviction then was mandatory.  Yet what’s conspicuously missing from the current environment is the privilege of expectation.  We haven’t a clue where this is going.  Meanwhile we’re going nowhere either.  My redemption if any is that I have allowed the restrictiveness to insinuate my being. It is now an accommodated state. A play on “adjustment“, I believe. 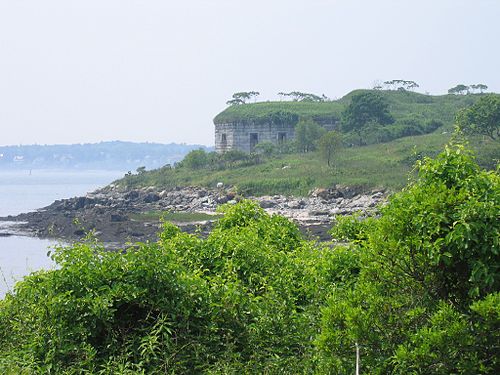 Being “trapped” in Ontario (or – more specifically – confined to the limit of one’s home territory) has energized our interest in matters nearby.  Going to the United States of America except by plane is currently impossible. Even venturing to another province suffers the scourge of a 14-day quarantine – not to mention that restaurants, spas and hotels are everywhere suffering holdbacks.

We began our gradual recovery from submersion in this pandemic by telephoning the JW Marriott hotel on Lake Rosseau in Muskoka in “Ontario’s cottage country“. While they were only too willing to accept our reservation I subsequently learned that the men’s sauna and steam room are closed.  This is perhaps a small contortion; the pool and restaurants are operational. There remains the overall contamination of sequestering oneself in a hotel for three days among a gallery of unpredictable members. 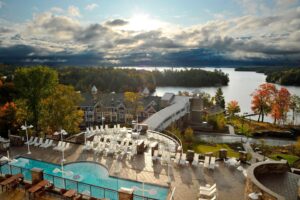 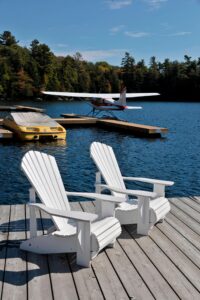 For some as yet inexplicable reason we’re presently unenthusiastic about taking a trip anywhere.  Certainly the entire United States of America qualifies as a cesspool.  Given their record of daily deaths – particularly in the warm states we prefer to visit – it amounts to negligent behaviour to contemplate being there. I am not clear about the medical insurance necessity when traveling abroad or even over a provincial border. Meanwhile every day as I cycle about the neighbourhood I am reminded of the unparalleled attraction of small town Ontario. I confess that swirling about my head is the further recollection that “There ain’t no ship to take you away from yourself“, an admonition which I rightly interpret as the imperative to enjoy what’s here and now. This is I know a small concession.  I come from a history of venturing abroad whenever I had the opportunity to do so. That meant I mistakenly distanced myself from what is at hand. No matter, better late than never. 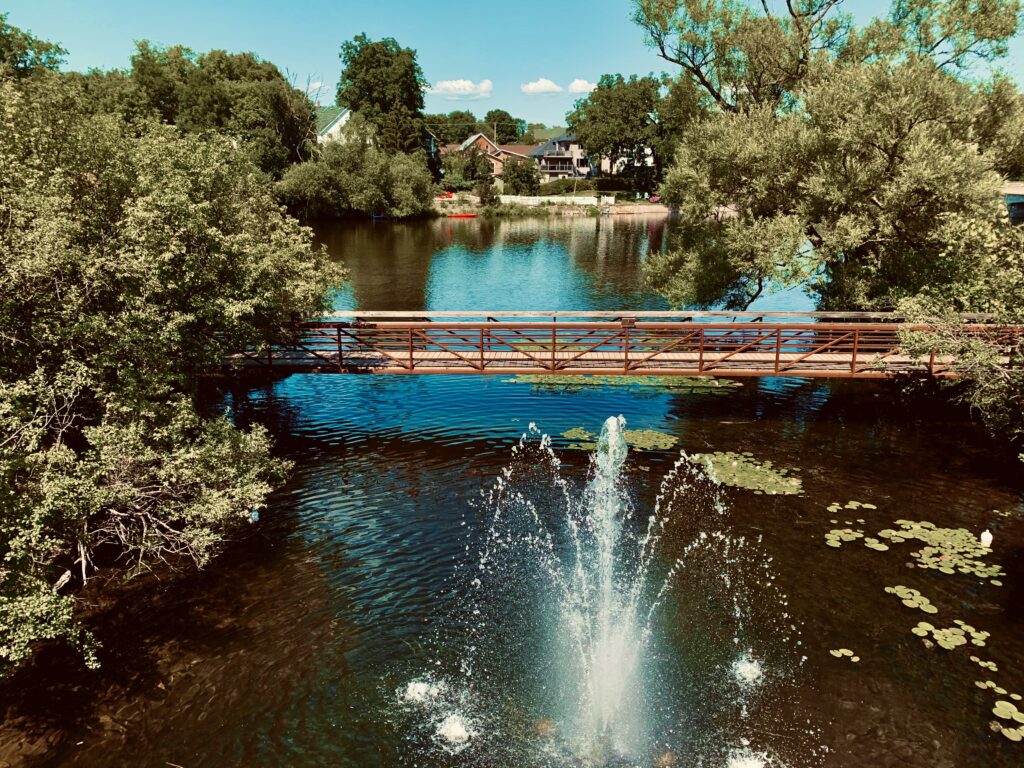 Considering that every day now is recognizably part of my “getting late” evolution I attach unqualified acuity to the undertaking. Intercepting the narrowness of the focus is my love and admiration of the sea, an accepted failing of mine.  We accordingly broadened our scope and asked an estate agent in Nova Scotia to find for us a seasonal rental overlooking the Atlantic Ocean.  Other than the initial inquiry we’ve not heard a word as yet. This impediment only encourages our widening resolve to stay at home and perhaps check our what is nearby.