Uberrima fides (sometimes seen in its genitive form uberrimae fidei) is a Latin phrase meaning “utmost good faith” (literally, “most abundant faith”). It is the name of a legal doctrine which governs insurance contracts.

A higher duty is expected from parties to an insurance contract than from parties to most other contracts in order to ensure the disclosure of all material facts so that the contract may accurately reflect the risk being undertaken. The principles underlying this rule were stated by Lord Mansfield in the leading and often-quoted case of Carter v Boehm (1766) 97 ER 1162, 1164,

Insurance is a contract of speculation… The special facts, upon which the contingent chance is to be computed, lie most commonly in the knowledge of the insured only: the under-writer trusts to his representation, and proceeds upon confidence that he does not keep back any circumstances in his knowledge, to mislead the under-writer into a belief that the circumstance does not exist… Good faith forbids either party by concealing what he privately knows, to draw the other into a bargain from his ignorance of that fact, and his believing the contrary.

It is noteworthy that the word “faith” does not extend the meaning in this particular case (uberrimae fides) to imply a fiduciary relationship between the parties such as that which exists between a guardian and ward, principal and agent, or trustee and beneficiary. Nor is it to be confused with the implied covenant of good faith and fair dealing in contract law.

In contract law, the implied covenant of good faith and fair dealing is a general presumption that the parties to a contract will deal with each other honestly, fairly, and in good faith, so as to not destroy the right of the other party or parties to receive the benefits of the contract. It is implied in a number of contract types in order to reinforce the express covenants or promises of the contract.

A lawsuit (or a cause of action) based upon the breach of the covenant may arise when one party to the contract attempts to claim the benefit of a technical excuse for breaching the contract, or when he or she uses specific contractual terms in isolation in order to refuse to perform his or her contractual obligations, despite the general circumstances and understandings between the parties. When a court or trier of fact interprets a contract, there is always an “implied covenant of good faith and fair dealing” in every written agreement.

The thrust of all this gobbledygook is far more than claptrap and balderdash.  The principles enunciated apply generally to human relations of any characterization. The distilled theme is: say who you are; and mean what you say. The only evident qualification of the prescription is perhaps the limitation of the relationship; specifically, how close do you have to be before any of this counts?  At least in the broad analysis of overall ties and connections it is arguable – though not especially desirable – that one needn’t be candid and forthright with strangers or people generally unaligned or beyond connections by blood or marriage. It may however extend to the way in which two or more people or groups regard or behave towards each other.

While lawyers often prefer a so-called “legal” approach than analysis based upon value judgements deduced from moral and social relations and those arising from the realm of political ideologies, the latter cannot be separated from the former.  Issues involving concepts which have ethical and emotive content become predominant, expressions such as “common sense” and “on its face”. The risk that determination is based upon moral interpretation is customarily greater among jurors than when confined to the judiciary. The contest is not therefore between lawyers and political parties based on law but rather among a population based upon collective moral judgement. This conclusion descends to a conflict of fact not law as the root of determination – effectively its own constitution.

the state council of the ancient Roman republic and empire, which shared legislative power with the popular assemblies, administration with the magistrates, and judicial power with the knights. 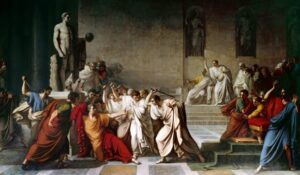